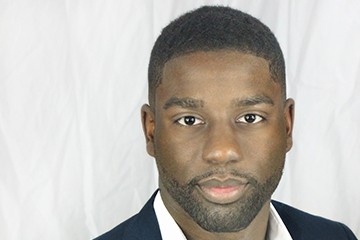 Mathieu Ambroise didn’t have an easy childhood. After his mother got sick, he was forced to go into foster care. Yet through it all, Mathieu learned the power of hard work. He put that to good use to get into college, where he had dreams of being a professional basketball player. But he learned another hard lesson – his talent may not be great enough to take him where he wanted to go in basketball. He went in search of a plan B, which came in the form of direct selling. Mathieu had big dreams but the company closed its doors, shattering those dreams, but it wasn’t in vain, proving anything was possible if he persevered.

After discovering ACN, he knew he’d found the right company but wasn’t seeing results in his bank account. Mathieu thought success in ACN came down to talent. After all, that’s what determined his basketball career. “But in ACN, The result is in the discipline, not the talent, and that’s a skill anyone can learn.”

It wasn’t until ACN that Mathieu was finally able to put the years of foster care behind him and start believing he deserved more. “It doesn’t matter where you’re from or what has happened in your life. You can still accomplish great things.”